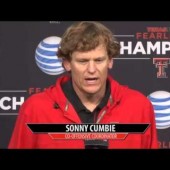 Sonny Cumbie was a three-sport standout in high school at Snyder. He walked on at Texas Tech and became the Red Raiders’ starting quarterback as a senior in 2004. He led the nation in passing that year, completing 65.6 percent of his passes for 4,742 yards and 32 touchdowns in leading Red Raiders to a […] 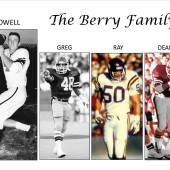 The late Powell Berry was an all-district quarterback at Snyder. He is a member of the Snyder Hall of Honor and was a three-year letterman for Bear Bryant at Texas A&M where he was a team co-captain as a senior. All three sons played football at Abilene Cooper. Middle son Ray is already member of […] 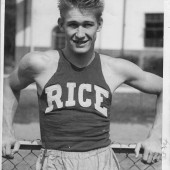 Fred Wolcott from Snyder was one of the greatest collegiate hurdlers in history at Rice. He won an NCAA title and broke Jesse Owens’ world record in the 220-yard low hurdles. Due to the cancellation of the Olympics during World War II, however, he was denied recognition on the world stage. He has been inducted […]

Grant Teaff Teaff grew up in Snyder and played football at McMurry.  He compiled a 170-151-8 record in 30 seasons as a head football coach at McMurry, Angelo State and Baylor, winning two Southwest Conference titles at Baylor.  He is currently the executive director of the American Football coaches Association.